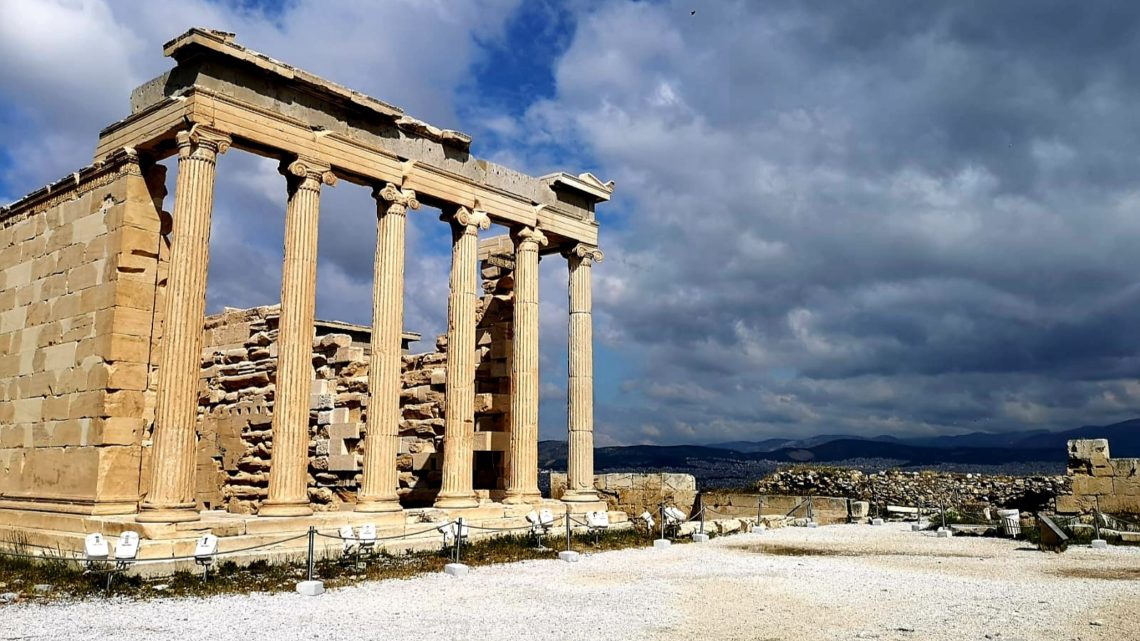 Are you going to spend a weekend in Athens? Is it worth to visit the capital city of Greece? Some people say that this city is not particularly interesting, other people are absolutely thrilled with it. I didn’t know what to expect either. So I did what I had to do. I booked a flight and planned my weekend in Athens to make my own judgement. In this blog post, I’m going to share with you the best places to visit in Athens. Here we go!

Two days should be enough to see the most important sites in Athens. The city is worth a visit, especially in low season. I chose April, and it turned out to be a great idea. Spring is perfect to explore the city. Nights can be cold, but it’s not a big deal. Rakomelo will warm you up! This is an alcoholic beverage, traditionally used by Greeks as a home remedy. Looking for something different? How about a weekend in Barcelona?

The Acropolis of Athens was an ancient citadel located on a rocky outcrop built in the 10th century BC. Later on, it was transferred into an area of several ancient temples dedicated to Greek gods. The ruins of majestic Parthenon stand proudly on the top of the Acropolis and there’s also the Erechtheion on the north side of the hill. Make sure to see the slopes of Acropolis too, with a well-preserved Odeon of Herodes Atticus and Theatre of Dionysus. Very interesting. You literally can’t miss them during your weekend in Athens.

The Acropolis remains the most famous archaeological site of ancient Greece and a place of great historic significance. Despite the fact that nowadays, there are only ruins of ancient buildings, the Acropolis is unbelievably impressive. Not to mention the splendid views from the top of the hill. This place is visited by crowds of tourists, especially in summer. I would definitely recommend visiting the Acropolis in the morning, shortly after opening. It’s definitely a must-see place and personally, my favourite bit of this city.

If you plan to visit the Acropolis and at least two places from the following list: Agora of Athens, Roman Agora, Temple of Olympian Zeus, Kerameikos, Hadrian’s Library and Lyceum, a combined ticket would be the best option for you. This ticket costs €30, it’s valid for 5 consecutive days and can be used one time for admission into each archaeological site. The combined ticket also allows you to skip the line at each place.

The real treat is to see the Acropolis from a distance. There are some great viewpoints nearby. The Areopagus, located next to the main Acropolis entrance, and Philopappos Hill, a bit further, but well-worth a climb as it offers the best view. Philopappos Hill is also a very nice place to chill out in the afternoon. It takes 30 minutes to get there from the Acropolis. Don’t skip it during your weekend in Athens.

You may consider climbing up Philopappos Hill in the evening, just before the sunset. The Parthenon is beautifully illuminated at night and looks absolutely fantastic on the top of the hill. It’s well worth it!

Nearby the Acropolis, there is the Temple of Olympian Zeus. It was the largest temple in ancient Greece, located in Athens, dedicated to Zeus. Construction began in the 6th century BC and continued throughout the 2nd century AD. A substantial part of the temple was destroyed and presently, only 16 original columns remained as a historical site, and one of them collapsed from a fierce wind.

The ticket to the Temple of Olympian Zeus costs €8 (for an adult). If you have already bought the combined ticket, you are allowed to enter this archaeological site free of charge. If you are travelling on a tight budget, it may be worth saying that the ruins of this temple can be viewed from outside, from a distance.

Plaka is an old historical neighborhood of Athens with narrow cobblestone streets and interesting architecture. There are also tiny shops selling jewelry, clothes and local ceramics. It may look a bit touristic, but don’t get disappointed too quickly. Get lost in here and wander around to feel the vibe of this place. You can find here some street art too, and cute cats that happen to appear on the street out of the blue.

Anafiotika is another must-see place in Athens. It’s the most picturesque part of Plaka which gives visitors the feel of Greek islands in the middle of the city. There are tiny houses with white walls and colorful shutters, decorated with flowers and narrow, often blind alleys. This area is also full of cafés and restaurants that get crowded at lunchtime and in the evening. You should definitely add it to your itinerary.

Are you looking for some souvenirs? Make sure to visit the flea market at Monastiraki square, especially on Sunday morning. You can buy there a variety of things such as craftwork, ceramics, jewelry, clothes, antiques, books and also fresh veggies and fruit from local sellers. Take your time to stroll around.

What’s the best thing to do after exploring the city? Obviously tasting local specialities! I love trying local cuisine when I’m visiting a new country. This time I fell in love with most popular, traditional Greek dishes, souvlaki and Greek salad. Consider trying them too. No one can get disappointed with those choices.

Souvlaki became my favourite Greek dish so far. They are grilled pieces of meat, usually pork, but also chicken, beef or lamb, served with pita bread and sauce. Absolutely delicious. If you eat meat, you will love it! A traditional Greek salad always includes a tomato, ​​cucumber, pepper, onion, olives and of course, aromatic feta cheese. All these seasoned with dried oregano, salt and dressed with olive oil. Simple and super tasty. Just have a look at the below photos. I have never had a better Greek salad than in Greece.

Do you fancy trying some local alcoholic drinks? If yes, don’t miss the opportunity to drop by Brettos when visiting Plaka. It’s a distillery established in 1909 that has been producing liqueurs, brandy, wines and of course… ouzo! Once you get inside, you will be amazed with hundreds of multicolored bottles, neatly arranged on the shelves and lit from behind. It’s a great place to try out different types of ouzo.

Ouzo is a Greek, anise-flavoured vodka up to 48% of ethanol. Even though, I’m not the biggest fan of this alcohol, the Athens vibe made me actually like it. The other local alcoholic beverage is Rakomelo that combines raki or tsikoudia with honey and species such as cinnamon, cardamom or cloves. Rakomelo is often served warm and will perfectly heat you up in a chilly evening. Give it a go when you are cold!

The ancient Agora was a main square used as a commercial, assembly and residential gathering place. The most important public institutions, as well as temples were situated in this area. Nowadays, you can see here the Temple of Hephaestus, Stoa of Attalos and Synagogue. This archaeological site is quite large, so it takes a while to explore the entire place. There’s lots of greenery too, which makes it nice to stroll around.

The Temple of Hephaestus was built in 445 – 425 BC, and dedicated to two Greek gods, Hephaestus and Athena. Today, it’s one of the best-preserved temples of ancient Greece. The Stoa of Attalos was a façade of columns designed to provide an open space, and at the same time, protect ancient Greeks from rain and sun. Currently, the building houses a museum with an exhibition related to the Athenian democracy.

The ticket to the Agora of Athens costs €10 (for an adult). If you have already bought the combined ticket, you are allowed to enter this archaeological site free of charge. I think it’s worth to get in as this place can’t be viewed from outside, and it would be a shame to miss the opportunity to see the Temple of Hephaestus.

The Roman Agora in Greece? Is that possible? Yes! The Roman Agora is an ancient square built during the Roman period. Today, you can view here ancient ruins with the Tower of the Winds which is considered the world’s first meteorological station. Another interesting place to visit during the weekend in Athens.

The ticket to the Roman Agora costs €8 (for an adult). If you have already bought the combined ticket, you are allowed to enter this archaeological site free of charge. If you are travelling on a tight budget, it may be worth saying that the ruins of the Roman Agora can be viewed from outside, from a distance. It’s up to you!

Kerameikos is a necropolis dating from the 8th to 1st century BC. The collection of sculptures used as grave-markers and ceramic was found here. The most valuable exhibits and burial-related artifacts are maintained in a museum. In fact, I didn’t come here to visit the necropolis only. Who would have thought that turtles can be seen here? Well… I didn’t believe it either. The truth is that it’s not hard to spot them!

The ticket to Kerameikos costs €8 (for an adult). If you have already bought the combined ticket, you are allowed to enter this archeological site free of charge. If you want to see turtles, but you are not keen to visit Kerameikos, consider going to the National Garden (free entry), and look out for turtles in the ponds.

Mount Lycabettus is the highest point in Athens that offers stunning views of the city. You can walk up the mountain or buy a ticket for a cable car ride. If you are coming here from the city, it’s best to get off at Evagelismos metro station. Then, take a 15-minute walk to get to the cable car station. The ride up takes just a few minutes. On the top of the mountain, beyond the beautiful views, there’s also a restaurant. How about having a coffee here? Mount Lycabettus is definitely worth a visit during your weekend in Athens.

The cable car operates all year round and goes up Mount Lycabettus every 30 minutes. Frequency is very often raised at peak hours. The ticket costs €7 (both ways) or €5 (one way only). It may be quite windy and cold at the top of the mountain. Make sure to have some warm clothes with yourself. Just in case.

These are the must-see places for a weekend in Athens. Are you going to try souvlaki or Greek salad? Let me know by leaving a comment below!

Hey, it’s Karolina, the author of this blog. If you find my content valuable and helpful, I would be more than grateful, if you could support my work, and buy me a coffee. I do love writing my blog, and creating content for you guys. Thank you! 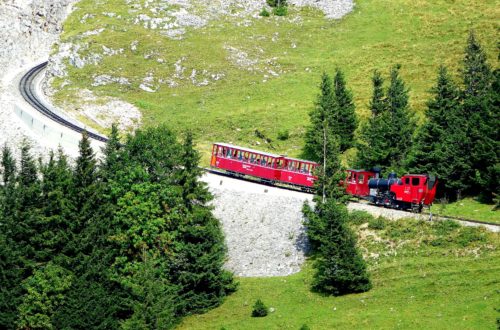 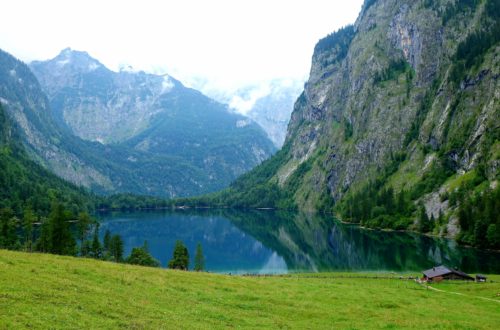 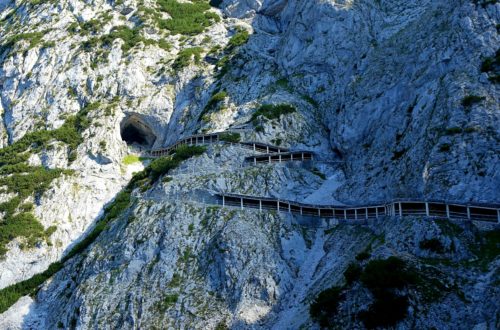 Hi, I'm Karolina!
Happy to have you here.
I’m Karolina Tuszynska, and I come from Poland. Adventure travelling, and hiking is what I enjoy the most. I’m also obsessed with Australia, its beautiful nature, and unique wildlife. This travel blog is for like-minded people, who love the outdoors.