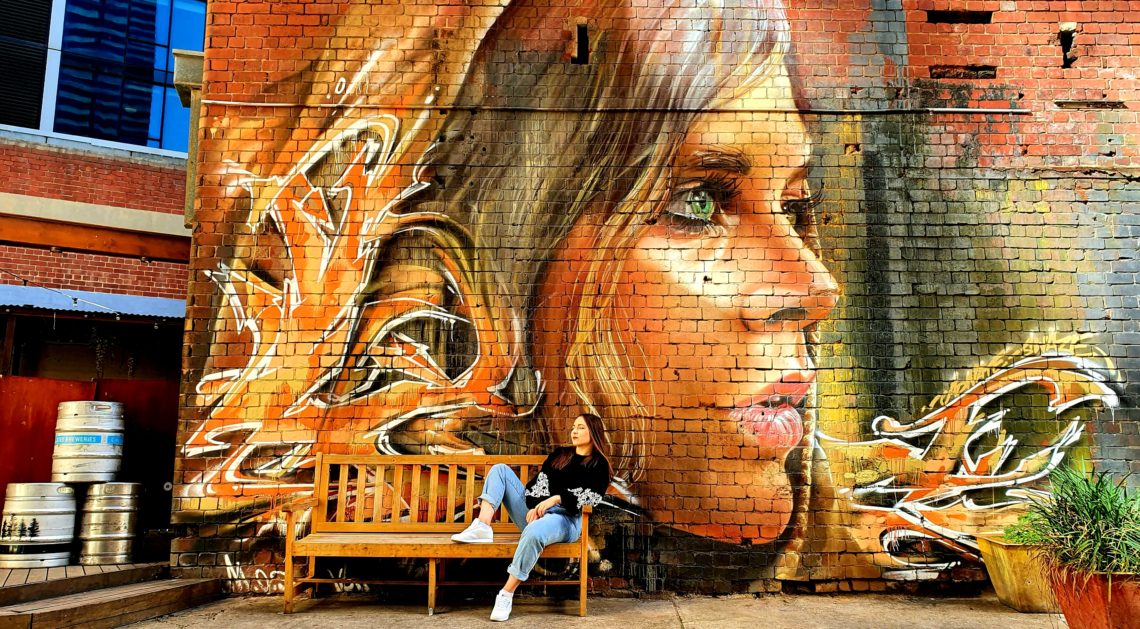 Street art became popular in Melbourne in the 1980s. After a visit of an American artist, Keith Haring who painted several murals in the city. As a consequence, graffiti artists started tagging trains and walls in laneways, narrow streets tucked away from people’s eyes. A rapid development of street art in Melbourne made its urban art scene culturally important and known all over the world.

You can notice a variety of street art in Melbourne. Letter-based aerosol graffiti, neatly painted portraits, paper works glued to the wall (paste-ups), stickers, colorful tiles, frames and installations. Within next 20 years, Melbourne has gained international acclaim for its diversity of street art which contributes to the urban city vibe.

Street art in Melbourne changes as quickly as traffic lights at Flinders Station. Laneways are going through constant transformation, and they never look the same. The city is vibrant, dynamic, intense and you have an opportunity to discover it every day, as if you were here for the first time again. Have you been wondering where to go to admire the best street art in Melbourne? Check the below list of places that all street art fans should visit in Melbourne.

This place doesn’t need any introduction. Hosier Lane is a world-famous street art destination. The first mural was painted here in 1998. It’s hard to believe that street art is illegal in Melbourne, a city where almost all buildings are covered with paintings. You can see artists painting the walls in Hosier Lane almost every day. I am in a habit of visiting this laneway once a week. Why? The answer is easy. Because it never looks the same.

The most stunning street art in Melbourne is often well hidden in laneways. Walk towards AC/DC Lane, turn left on Russell Street and then drop by Beaney Lane. Have a look at those pieces of art!

I think that this laneway got covered with paintings quite recently and it’s not popular yet! Higson Lane is on your way to AC/DC Lane, so why don’t you just check it out? Walk down this laneway and admire the murals and street art stickers.

Corporation Lane. This is how this place was called at the very beginning. In 2004, it was renamed as a tribute to the Australian legendary rock band, AC/DC. It was launched with the following words: “As the song says, there is a highway to hell, but this is a laneway to heaven. Let us rock“. In fact, the rock vibe is very strong here and this is not because there is a Bon Scott’s sculpture on the wall, and the other one has the Malcolm Young’s mural (the one with Angus Young is no longer there). The rock vibe is very much associated with the Cherry Bar, a popular after-party venue for touring rock bands. AC/DC Lane was housing the Cherry Bar until the end of 2018. One of the artists who truly loved this place is Lady Gaga. She happened to dance on the bar only in her underwear. The photos from this crazy night are still on the Internet. 3, 2, 1… who’s going to google it?

Get out of AC/DC Lane, turn left on Exhibition Street and stroll down to get to Strachan Lane. These hidden pieces of art look so realistic. Just have a look at the below photos!

It’s a real jungle with wild animals, tropical plants and a waterfall! This is how the building at Meyers Place looks like. This is one of the largest and most colorful murals in Melbourne with extremely distinct details. The whole commission took around a week to paint and it was a part of project called “Green your laneway”. I really like this one. It’s hard to ignore it being on Bourke Street.

Get back to Little Collins Street and stroll towards Russell Street. On the right, there will be Coromandel Place. Another laneway worth a visit in Melbourne. Here you can find murals of the following artists: Ghostpatrol and Al Stark.

One of the best examples of unique street art in Melbourne. The urban myth says that this piece of art was created overnight. No one knows by whom! The entire wall was decorated with a variety of different items such as frames, pictures, stickers. Street art is all over Presgrave Place so take your time in this laneway.

Not far from Presgrave Place, there is a laneway full of street art stickers. Make sure you get to the end of Carson Place and look up. You will see an amazing lion mural. It’s true that the best street art is hidden in Melbourne!

This laneway changes almost every day. Take some pictures here and get back after a few days. I can guarantee that you won’t find what you have found before. While walking around the city, look up every once in a while. Have you already noticed shoes hanging from power lines? Do you know what does it mean? It means that a drug dealer is nearby! At least this is what Google told me.

I do love this place! This laneway is incredible, bright and full of graffiti. Beyond that there are some bars with a unique atmosphere (Section 8 and Ferdydurke). I think it may be a good time to take a break and sip a drink. On your way to Tettersalls Lane, you will go through Chinatown. Keep your eyes peeled for street art there.

These murals are insane. Keep your head up! Besides amazing pieces of art, Caledonian Lane is also notable for the St Jerome’s Laneway Festival which has its origin exactly here. This festival became rapidly popular and was organised in Sydney, Brisbane, Adelaide, Fremantle, Auckland and even in Singapur.

This is more than just street art! The wall in Drewery Lane has been decorated with little tiles. This piece of art was created to honor people who have given their lives for Australia. As a contrast, there is also a Kardashians mural.

This laneway is not that much covered with street art. However, it’s worth a visit due to another reason. It’s a small green oasis that was initiated by their residents. Don’t miss this place on your way to Franklin Street.

Next stop is 223 Franklin Street. This short street has some interesting pieces of street art. The one below is definitely my favourite, but the other ones are also worth your attention.

The below picture was taken in Hotel Miami which is a bit far from the other places marked on the map. If you want to see this piece of art, you have to ask the hotel staff to let you in to the hotel’s backyard. It’s hard to say how popular is this place and how many people come here to see this mural but I had no issues with getting in. The hotel staff were super friendly, and they allowed me to take some photos inside.

It’s the last stop of the street art walking tour. Take your time to enjoy Blender Lane and 436 Queen Street. These places are full of murals! Once you are done, drop by the Queen Victoria Market. Who knows, maybe you will arrive just in time to get yourself some warm doughnuts from American Doughnut Kitchen. Don’t be much bothered by the line. It’s worth to queue and try those famous doughnuts that are being produced in this van from 1950.

If you are staying in Melbourne for a while, you may be interested in taking a day walk nearby the city or a bit shorter one on Saturday afternoon. If you enjoy outdoor activities, make sure to check my list of walking tracks near Melbourne.

That’s it! These are the most interesting places with street art in Melbourne. Which laneway is your favourite? Let me know by leaving a comment below. 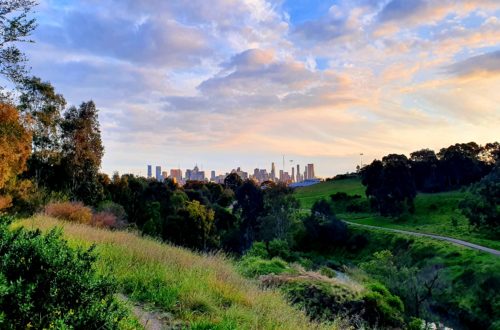 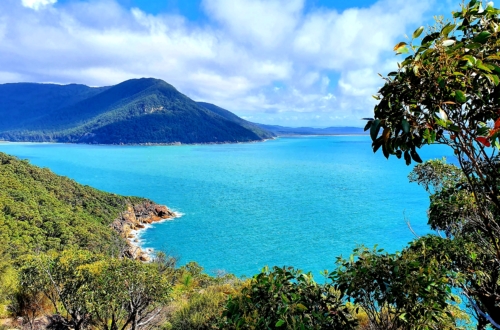 PHILLIP ISLAND: TOP THINGS TO DO